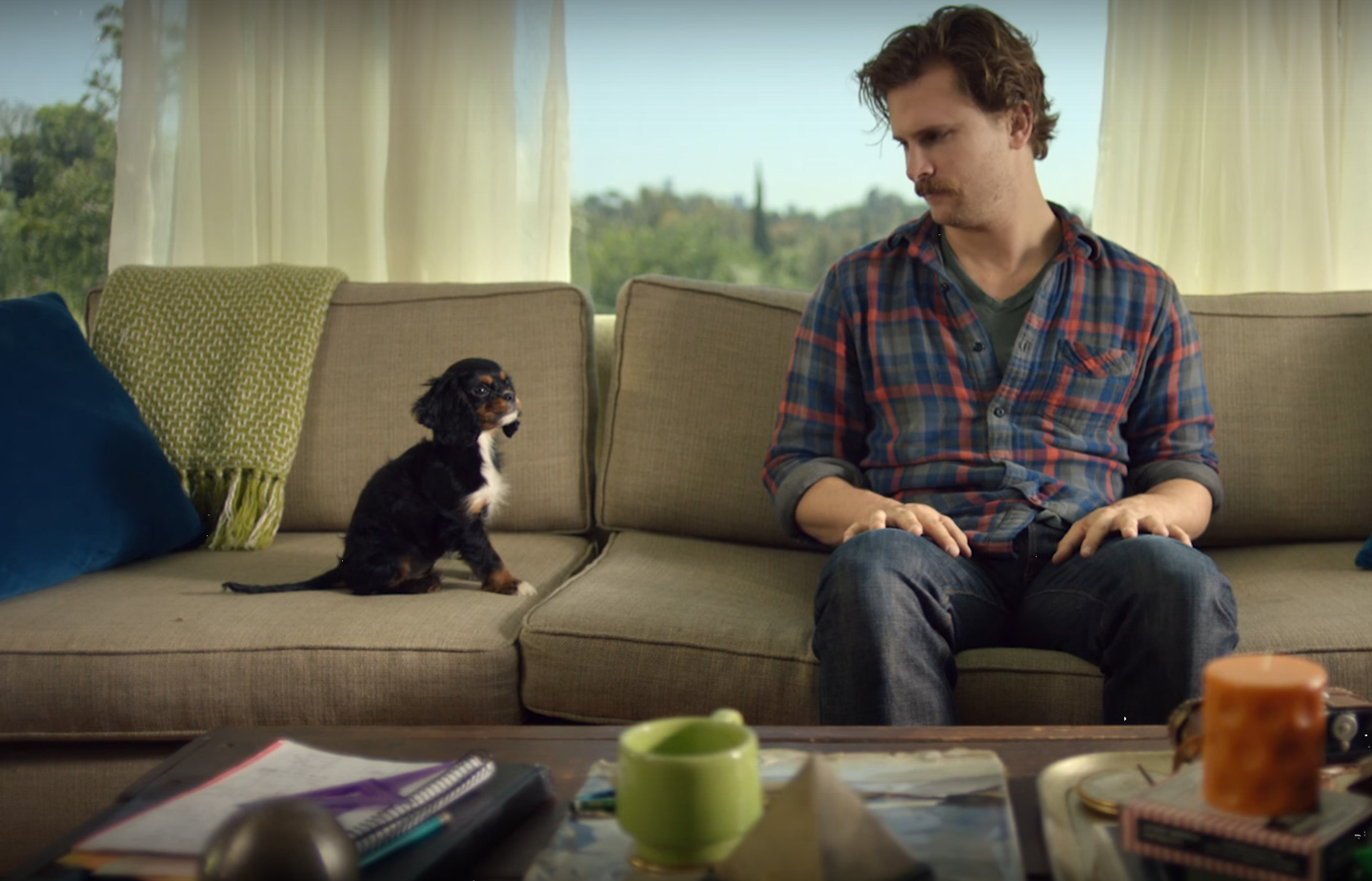 As part of our Ask the Experts series, we’ve been learning from the world’s leaders in content marketing and sharing their advice. In this interview with BuzzFeed’s Director of Creative Strategy, Joe Puglisi, we chat about the explosive popularity of their new food brand, Tasty, and how branded videos fit into the organization’s advertising strategy.

The following interview contains excerpts from The Epic Guide To Branded Video – 50 pages of free advice from the experts at The New York Times, BuzzFeed, Mashable, American Express and more!

Pressboard: What’s your role, your background and what first attracted you to content?

Joe: My role is Director of Creative Strategy. I run a group of cross-discipline folks who are both creators and strategists. Our team helps to conceive the creative elements of broad programs for our advertising partners, sell them on our vision, and help to coordinate the various producers on execution. My background is purely editorial. Before BuzzFeed I was the managing editor of an entertainment platform called BaebleMusic. I joined BuzzFeed’s branded content team before I even knew what “native advertising” was — and some might argue it’s better that way. 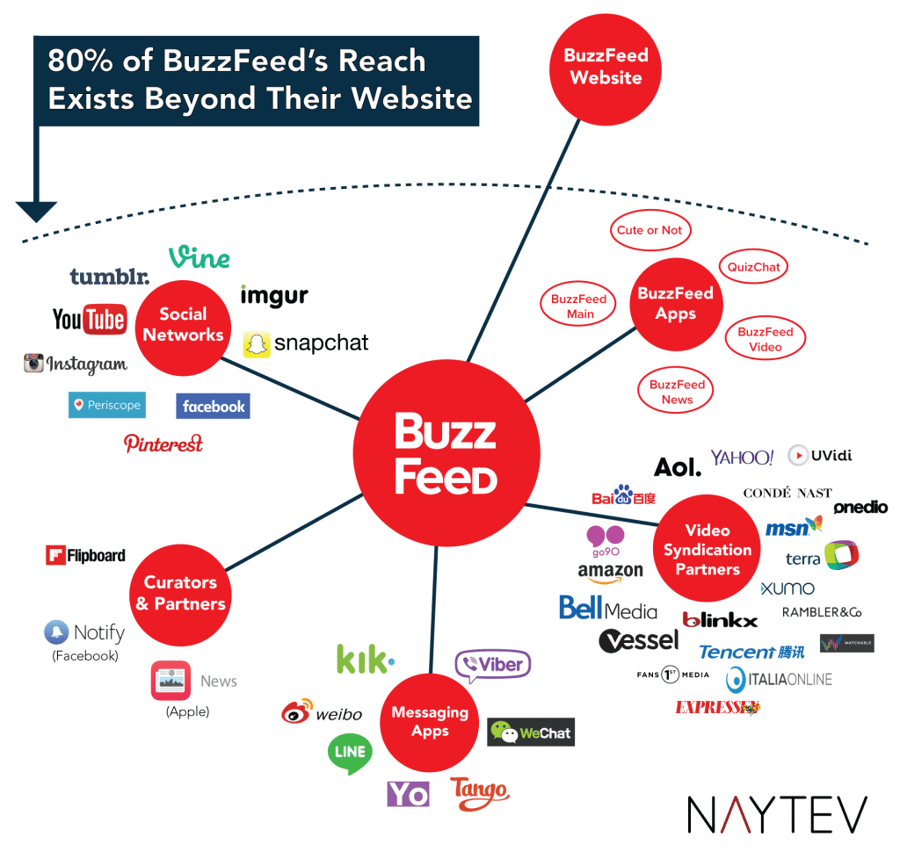 Pressboard: You’ve spoken at conferences about BuzzFeed’s shift in how they approach content distribution. Why should brands adopt a distributed content strategy versus hosting content in one place and pointing back to it?

Joe: A stat. After implementing the distributed model, BuzzFeed moved from around two billion content views a month to seven billion. The numbers are pretty compelling, but they are not the whole picture. The story becomes even more interesting when you consider that most publishers seek to gain a large audience in order to monetize it with adjacent ads. BuzzFeed goes further: we seek to understand what the audience wants before attempting to monetize, and to make advertising people might appreciate in those contexts. Big difference.

Instructional videos have never really taken off before like Tasty and Nifty. What has Buzzfeed learned about the format that others failed to grasp before? What makes it so popular/shareable?

Two things made BuzzFeed’s approach pop: a willingness to iterate until we’ve created an identifiable brand, and an advancement of technology to allow us to do so. We pride ourselves at existing at the intersection of content and technology, not only with our owned and operated but all the distribution channels we utilize. When Facebook Video launched, we embraced the platform by expanding our broad-strokes content iteration from YouTube, and we had the talent to recognize success on a new platform and capitalize on it by refining the format to the point of becoming its own brand.

A Tasty video sponsored by Braun

Nifty is an iteration of Tasty, which follows our core principles of creative development: change one thing, measure success, rinse, and repeat. We use the infinite space of new types of web distribution to quickly learn what people want in those spaces, and scale successful formats as quickly as possible into identifiable brands.

How do branded videos fit into your organization’s larger advertising strategy?

There are currently three ways to work with BuzzFeed as an advertiser: you can sponsor, integrate, or create with us. You can do this across all formats and platforms. Branded video (referred to as “Co-Branded Video” inside our walls) works for partners who wish to capitalize on existing BuzzFeed Video frames and learnings, by integrating into those frames in an organic way with a new piece that we co-create. Truly ‘Branded Video’ (such as Puppyhood or Dear Kitten) requires we go a step further and take what we’ve learned to create something entirely new. These types of ideas also come from experimentation and iteration (Dear Kitten was the fourth in a series of tests, and Puppyhood followed Dear Kitten).

In your experience, what’s the greatest challenge with creating branded videos?

The greatest challenge of creating great video is finding what I like to call the “ideal core” for the task. The “ideal core” is a lean team of creative minds who concept and execute a video from start to finish. Many of BuzzFeed’s editorial videos have the “ideal core”: multi-hyphenates who can write, shoot, edit, and even star in their own videos, and thus these videos are the culmination of a single vision. Most branded video suffers from the “Too Many Cooks” syndrome, and this is predominantly seen when an internal team has too many layers of approvals or a client or partner gets nervous about the highs and lows of great creative and attempts to flatten them to disarm the risk of failure.

Matching the “ideal core” to a client is the most difficult thing in branded content — even the best core can be the wrong fit for a project. I’ve seen cores that overcome the challenges of cost, resources, and even time to produce amazing work. I’ve also seen cores that I believe in fail to create some with ample time and resources simply because they were the wrong core for the job.

What’s one habit the best video storytellers have?

The best video storytellers I know are always asking why someone would care about a narrative. It’s a question I hear often when brainstorming ideas, “why would someone care about this?” — simple, but incredibly effective in a world where you are competing for people’s attention with near infinite amounts of distractions.

In 100 characters or less, what is your favourite tip for creating great video content?

You’re asking for people’s time, so make sure what you create is worth the price of admission. – Joe Puglisi @pressboard

Pressboard would like to thank Joe Puglisi and BuzzFeed for speaking with us and contributing to our latest e-book. You can find him on Twitter at @joefi

As part of our Ask the Experts series, we’ve been learning from the world’s leaders in..

As part of our Ask the Experts series, we’ve been learning from the world’s leaders in content marketing and sharing their advice. In..

It all comes down to making smart people smile.

As part of our Ask the Experts series, we’ve been learning from the world’s leaders in..