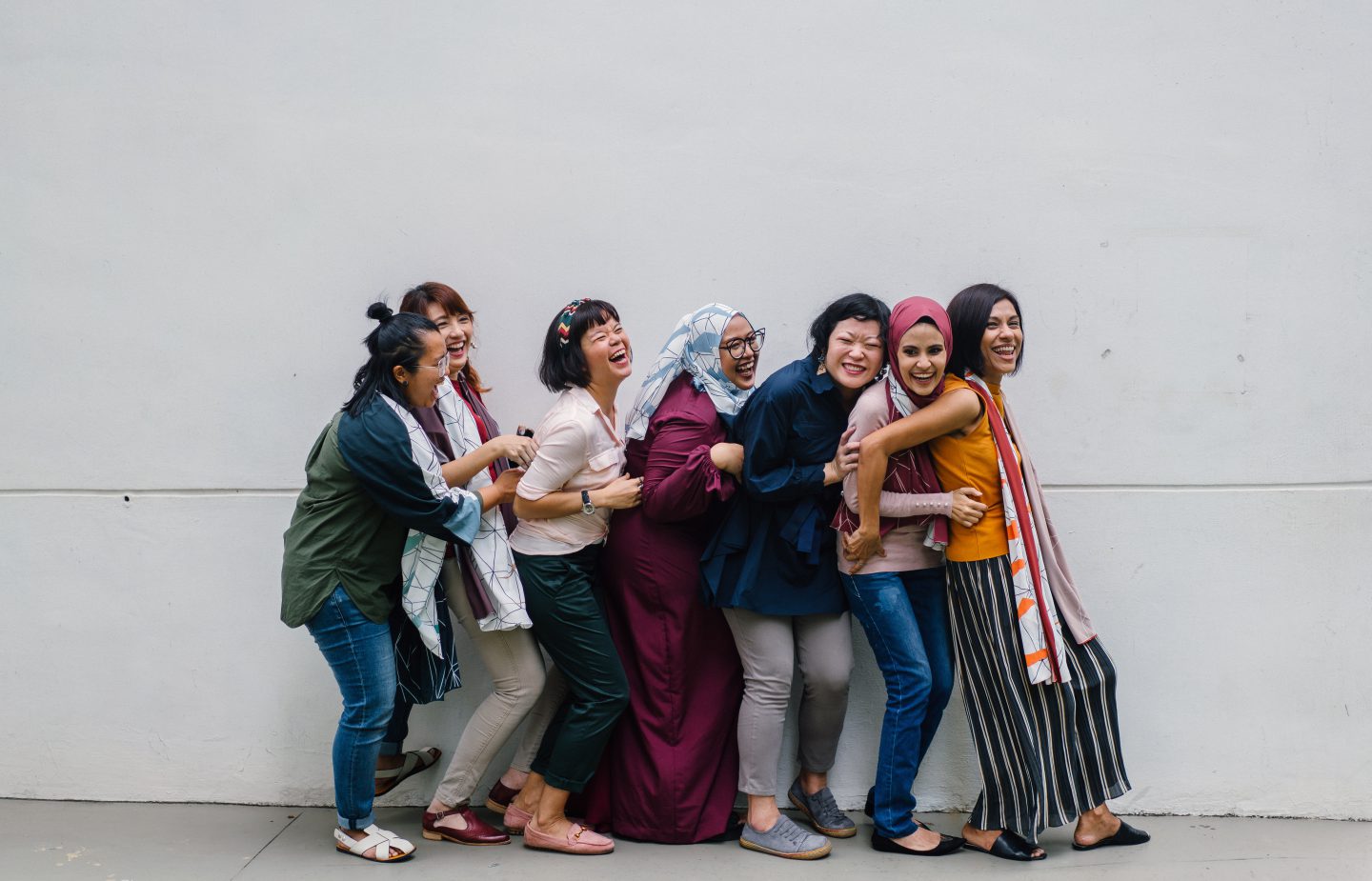 How to Be An Inclusive Marketer (and Why It Matters)

Companies can’t get away with avoiding inclusivity anymore. The tide is shifting towards more inclusion of marginalized and otherwise underrepresented voices, and companies are beginning to recognize that including everyone — regardless of race, class, gender, sexual orientation, nationality or other differences — is not only good for the world, but good for business, too.

Inclusive campaigns are proven to be more effective in increasing sales and brand awareness. In a society that’s gradually waking up to the fact that everyone has a voice and a story to tell, many companies are making waves by diversifying their campaigns and portraying a more representative worldview.

Despite the recent influx of more open-minded and inclusive campaigns, however, we are by no means out of the weeds as an industry.

It’s easy to look at examples from the early days of content marketing, such as John Deere’s The Furrow, and think we’ve come a long way. It’s much harder to look at blunders such as Nivea’s “White is Purity” campaign and Pepsi’s Kendall Jenner ad, which were launched as little as a year ago, and realize that we still have a very, very long way to go.

At Pressboard, we acknowledge that though we’re always trying to better ourselves as marketers, we’re still learning — and we want to celebrate the work of companies who are pushing themselves (and us) to be more representative in their marketing efforts. Here are some red-letter companies making changes for the better in their marketing campaigns, and a few ways that all marketers can learn from their example. 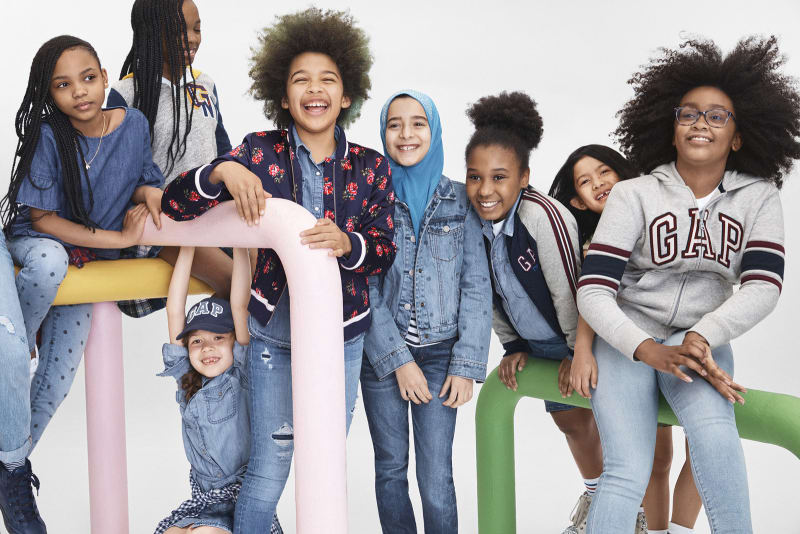 The Gap’s “Back to School” Campaign

This campaign is especially notable for its racial diversity, as a wide range of backgrounds and ethnicities are represented, which is a far cry from the predominantly white models in other clothing company campaigns. The inclusion of a girl wearing a hijab is particularly notable in a culture where hijab wearers are consistently discriminated against, as well.

Reaching out to a wider variety of customers is a crucial first step in diversifying your marketing campaigns. Consider demographics that you haven’t included in your content before, or that are often excluded from mainstream advertising, and strive to elevate those voices. Rather than choosing a typical target audience, try crafting content for an audience you’ve never spoken to before. Determine where the gaps in your targeting are and strive to fill them in a way that’s valuable and honest.

We asked: want to wear bras that make you feel real good? You said: YES! Meet some of our newest #AerieREAL faces!

Oversaturated with images of predominantly white women who are airbrushed and Photoshopped to eliminate all flaws, the lingerie industry has been targeted with plenty of criticism over the years.

But Aerie, American Eagle’s lingerie brand, is pushing back with a commitment to depict women and femmes as they really are. Their 2017 partnership with the All Women Project showcases a racially diverse cross-section of women whose bodies are portrayed unedited.

A brief scroll through Aerie’s Instagram feed shows you all you need to know about the brand’s philosophy. Instead of razor-thin bodies and airbrushed skin, Aerie’s models have full figures, stretch marks, pregnant bellies, acne, scars and wrinkles — and it’s incredible to see.

“I felt like I made instant friends, and that’s not just because we were half naked from the moment we introduced ourselves, but also because there was a genuine atmosphere of warmth, acceptance, and empowerment. My journey to self-acceptance has been a long one, and it certainly is not over, but I really believe my day shooting with Aerie made a world of difference in how I view myself, my body, and my place in the world.” @itmemoana with her instant friends: @abby_sams, @catbeyond & @justgotmurphyd!

In July, Aerie’s commitment to portraying un-retouched models was doubled in their celebration of models with arm crutches, down syndrome, Vitiligo and other illnesses and disabilities. This new, exciting facet of their marketing works hard to spotlight the differently abled in a media landscape from which they’re almost entirely absent.

Companies should strive to include different body types and abilities when building and promoting campaigns — especially when those campaigns are about bodies in the first place. Advertising and marketing prime the parts of your brain that are responsible for your subconscious decision making, which means a particularly cunning ad is capable of influencing your feelings and behavior on an unconscious level. For this reason, we in the marketing industry must be careful what we’re saying or showing (whether intentionally or unintentionally) to our audiences about things like beauty, sexuality and gender.

One thing many of these diverse campaigns have in common is their portrayal of the modern family — diverse, multifaceted and often underrepresented. South Korean car company Hyundai’s 2018 campaign, which sports the tagline “for every kind of family,” is a strong example of marketing that doesn’t merely address the ‘conventional’ family unit.

In this campaign, videos depict a woman heading to her wedding, where she marries another woman; a mixed-race couple going on a family camping trip, where the mother participates via tablet; and a dad taking his ‘baby’ out for a midnight drive, only to reveal an adorable dog instead. The oversaturated media landscape of heteronormative families is challenged here by a radically different kind of family unit, which is much more representative of real families across the globe.

Hyundai advises marketers to try to avoid using all the same demographics of people that appear elsewhere, focusing instead on a more representative sample of people from different backgrounds. No matter their ethnicity, sexual orientation, religious affiliation or otherwise, if your audience values diversity (and it’s more than likely that they do, especially if they’re millennials), putting diverse faces in your marketing campaign will help build affinity with them.

Wells Fargo Stands Tall in the Face of Prejudiced Backlash

This financial corporation sets itself apart from its competitors by including a diverse range of people in its ad campaigns, most famously in the 2015 ad, “Learning Sign Language”, which depicts a lesbian couple learning sign language in anticipation of welcoming home their deaf adopted daughter. This depiction is especially radical in its portrayal of gay women living a typical domestic lifestyle — something that would have been unthinkable in mainstream advertising a few decades ago.

The double whammy of a deaf child and two happily coupled women proved too much for some, who criticized the ad for eschewing ‘moral values.’ But Wells Fargo refused to pull it, and instead stood behind their support of LGBTQ families across the country and the world.

Standing your ground when challenged on your inclusive advertising is an important show of good faith to those you’re portraying. It’s not enough to strive for inclusive advertising — you need to be able to defend it, too. If your campaign is met with unfair or prejudiced criticism, resist the urge to respond in the heat of the moment. Public opinion (and in some cases, backlash) is part of working in the advertising industry. Learning how to address it and respond in a firm yet respectful manner is an incredibly valuable skill.

When planning a marketing strategy or advertising campaign, it’s easy to take, well, the easy route — namely, featuring white, able-bodied, cisgender, heterosexual people in your campaigns — because that’s what most people expect to appeal to the widest range of consumers. As is true in many other areas of life, however, it’s far more gratifying as a marketer to take the hard road. We still have a long way to go towards making all demographics feel safe and seen. Representation matters, and marketing campaigns that spotlight and centre inclusivity are doing the difficult but rewarding work of changing the conversation.

The best content marketing includes engaging narratives that sell your company without you laying down a sales pitch. These pieces are..

As part of our Ask the Experts series, we learn from the world’s leaders in content marketing. Contently’s Director of Content Services, Ryan..

Pressboard featured by Media in Canada

Today Pressboard’s launch was covered by one of Canada’s top marketing industry publications, Media in Canada.  The online publication..