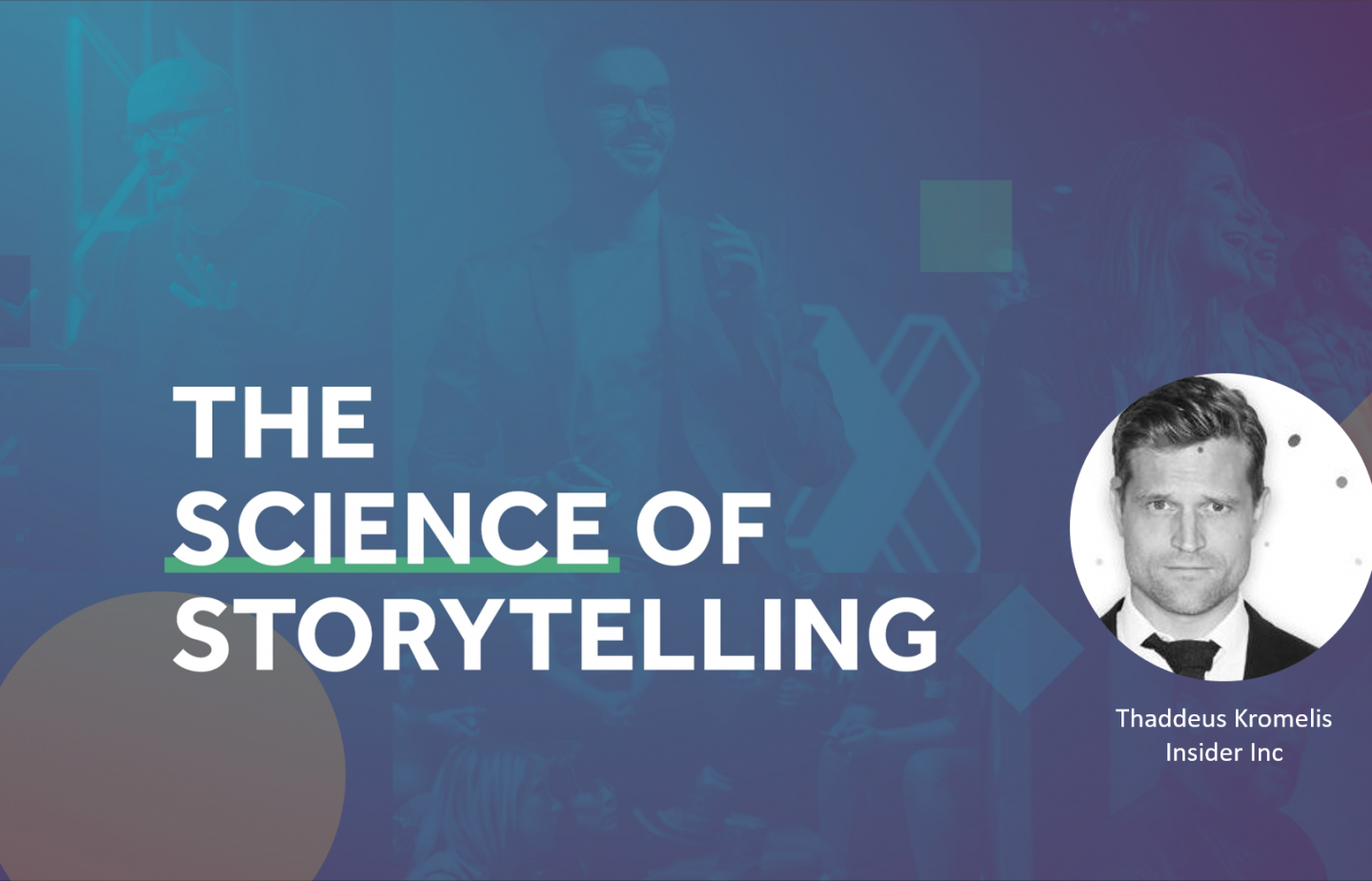 Sneak Peek of Season 2 of The Science of Storytelling Podcast

Welcome to the Science of Storytelling, the podcast that explores brands, publishers, and the people behind the stories. Here’s a sneak peek at one of this Season’s soon to be released episodes.

Thaddeus Kromelis is the Senior Vice President of Insider Studios at Insider Inc. We discuss his winding career path to his current role at Insider, the possibility of him being Canadian and our shared fear of heights.

Before we dig into Thaddeus’s career in publishing and his role at Insider Studios, we commiserate over the current state of our favorite hockey teams, mine being the Edmonton Oilers, and Thaddeus, his hometown Chicago Blackhawks. While that could have been an entire podcast episode on its own, we soon bring the conversation back to Thaddeus and his journey into the world of media and publishing.

Thaddeus currently resides in New York City, but is native to Rockford, Illinois and underwent his post-secondary schooling in Iowa. Despite the slim chance that a farm boy from the Midwest would become interested in the world of branded content, his first real job was at a trade publication called Interior Design Magazine and that first taste of the media industry started him off on the path led him to his current role. Thaddeus leads a team of 25 people team at Insider that create custom content campaigns for Insider’s advertisers. The multi-disciplinary team has a wide range of skills, including video production, design, analytics, media buying and more.

Insider Inc has expanded its coverage in recent years beyond the Business Insider vertical that made them famous. The publisher now also covers general news and lifestyle coverage, with deep expertise in travel content. Thaddeus and I explore a collaboration with Marriott Bonvoy, called “Travel Dares”. The program follows the hosts and guests as they travel the world taking on dares including crossing an impossibly high footbridge in France and flying down the world’s fastest zipline in Wales. We explore the idea that these types of programs could eventually be made into full-scale movies and documentaries.

Thaddeus states that Insider’s goal is to be viewed as a media company built for the next 100 years. To be an effective media organization with such a long view will require a willingness to improve and adapt to technologies and the market over time.

When asked what he loves most about his work he highlights the energy of Insider Inc. The newsroom is constantly tinkering and innovating, he says. That, along with his love of marketing and publishing makes it an incredibly exciting place to be. In regards to monetization, Insider’s diversified revenue model has led to growth and success, even as some others in the industry falter. We spoke on the repercussions of companies investing too much time or money into ideas that, while they seem salient at the time, can lead to undesirable results if you’re always chasing the next big thing. While no one has a crystal ball, it seems that Insider Inc is placing the right bets and building a media company that will be around for the long haul.

Stay tuned for the full episode, soon to be released!

Introducing: The Science of StorytellingSeason 1

On April 17, 2019, the team at Pressboard officially released the first season of our new podcast, The Science of Storytelling.

Storytelling Methods That Work and When to Use Them [Webinar]

This webinar demonstrates the power of different storytelling methods and examines multiple use cases for each. Packed with real case..