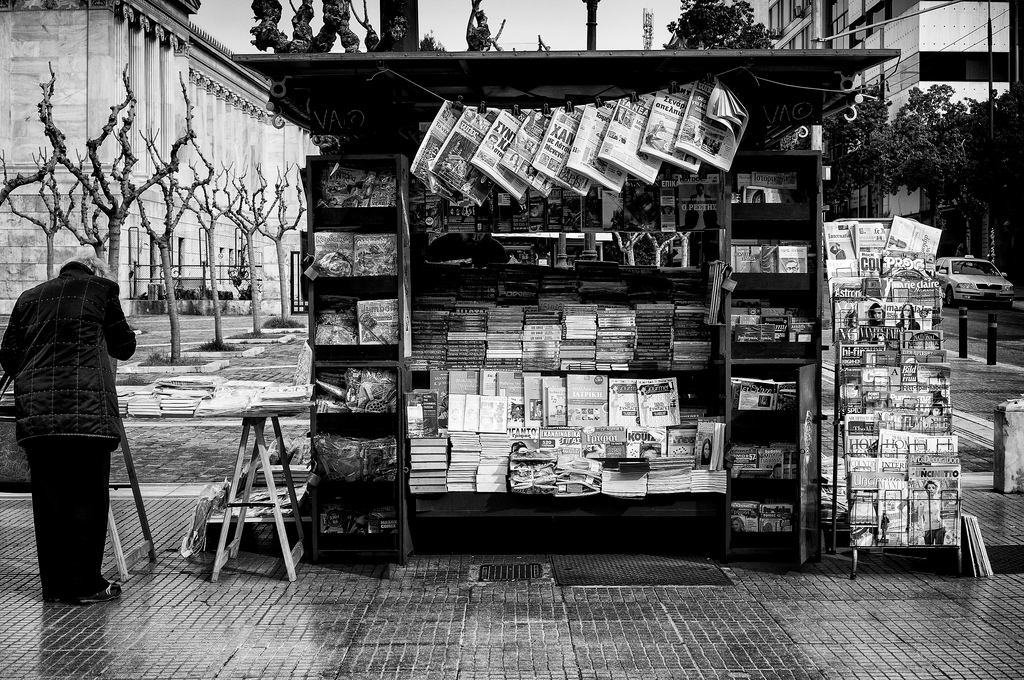 Hello, my name is Mike Despotovic and I’m a publisher. If you saw me on the street, you probably wouldn’t notice that I’m a publisher. Heck, even in my own magazine, you would probably overlook the fact that I “published” the words you read. It is my strong belief that a publisher should be the most invisible person on a publication’s masthead. This is perhaps due to the uncanny indistinguishability often developed between a publisher and her publication, similar to how Jedi Master Rahm Kota described Anakin Skywalker, “he is one with the force.” Alternatively, the publisher could be invisible because he is essentially required to be an alien; the completely unbiased pair of eyes, ears and mouth that can ground the publication with a sense of reality.

No matter the reason, in the unlikely scenario where you meet a publisher, her invisibility cloak unveiled, you’ll find she’ll always have great things to say about the editor-in-chief of the publication in question. After all, publishers make sure that editor-in-chiefs get their own page, or digital equivalent, in order to address a group of readers, comment on a zeitgeist, or otherwise lead the charge to victory. The fact of the matter is, we publishers genuinely love our editors-in-chief, and we’re always looking for a spotlight to shine on them.

As part of this Writers on Writers series, I had the pleasure of speaking with Matt O’Grady, Editor-in-Chief of BC Business. Matt operates out of the Canada Wide Media offices in Burnaby, BC alongside a great team of economic insiders. Reach out him on Twitter at @mattogee and don’t forget to follow @BCBusiness.

As Editor-in-Chief, Matt says his primary task is “to keep my eye on the ball.” Using a metaphor more accurate to his many roles, I would say Matt steers the ship while predicting the seven-day weather forecast. The reason I draw attention to his duty to multitasking is because Matt and his crew plan for print content three months in advance while meeting the demand for online content on a daily basis. He organizes his team in the office twice a week to go over the editorial agenda, but otherwise he manages the operations from a proverbial distance. This is a testament to the superb team he has assembled.

However, some editorial ideas can take longer than three weeks to assemble, as was the case with BC Business’s April 2014 issue, dedicated to their inaugural “Top 30 Under 30” list of entrepreneurs, civic leaders, and other notables. Matt admits he technically inherited the idea of the issue from previous-Editor-in-Chief and current Publisher, Tom Gierasimczuk. According to Matt, Tom had the intention of reaching a specific demographic with the issue, that of the enigmatic Millennial. Speaking from my perspective, I believe the tag-team work of Matt and Tom succeeded in creating something bigger than yet another “Top Something Under Something.”

Media people take note: we Millennials live in a city of mirrors. We are all looking for a little piece of ourselves in those just like us. Magazines like BC Business serve that greater purpose. We trust them and we look to them for guidance. This Top 30 Under 30 list reflected the most innovative Millennials in BC. We see them now—our peers and our mentors alike. We’re determined, more than ever, to see our names on that list in the future.

As for the metrics and measurables, the “Top 30 Under 30” was a great performer for Matt and Tom’s online and social media objectives. In the first few weeks, online traffic shot up by 90,000-100,000 views and social media engagement went up (hugely so on Twitter). The magazine’s cover star, Milun Tesovic, personally called Matt on the phone to thank him on behalf of his overly proud mother. You can bet Matt and Tom have already begun planning to repeat this success next year.

So what have you learned from the work of Matt O’Grady, Editor-in-Chief of BC Business? Let me know what you think on Twitter at @mikedespot. If you liked this pocket-sized case study on creative people succeeding in Vancouver, you’ll probably like my magazine as well. It’s called Textbook, a creative journal for the entrepreneurial mind. Check it out at TextbookMag.squarespace.com.

Pressboard thanks Mike Despotovic and Matt O’Grady for shedding some light into the life of an Editor-in-Chief.  Check out TextbookMag and BCBusiness to see some of their work in action.

Church and State: How Publishers’ Editorial and Sponsored Teams Collaborate

Church and state, sponsored and editorial. It’s sometimes hard to identify the separation between a publisher’s editorial branch and its..