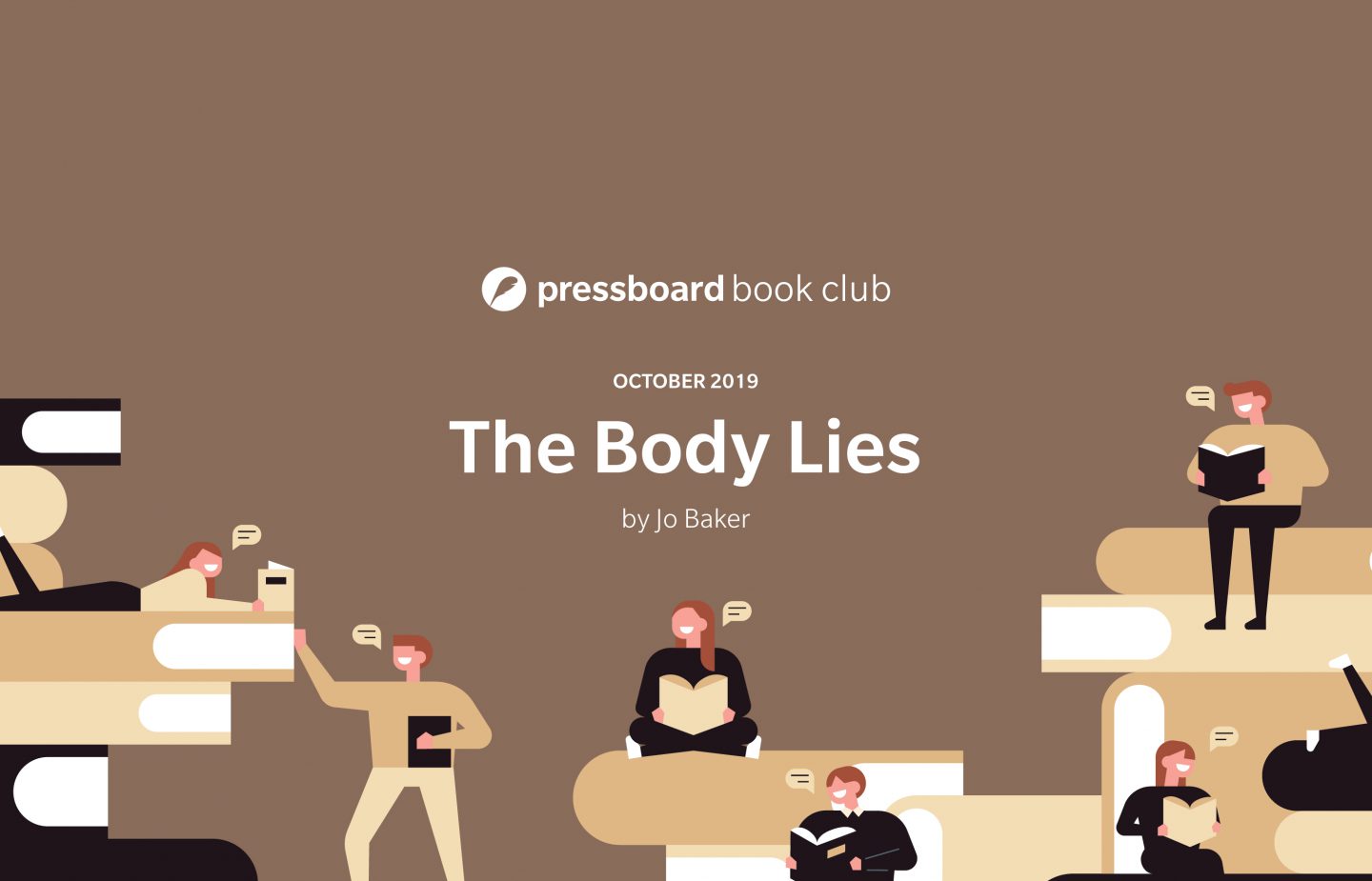 This passion for storytelling is what originally inspired us to design a platform that allows brands and publishers to connect and craft outstanding content together; now, it’s the driving force behind our book club, which delivers our favorite reads — fiction, non-fiction and everything in between — to your inbox every month. Our book review this month features The Body Lies by Jo Baker.

This is the first novel I’ve read by the British author, but she has several accomplished novels that prove her words are worth reading. The Body Lies begins hard and heavy, sitting uneasy with readers as they discover the death of a pretty young woman, lying covered by snow under a tree branch. Leaving readers waiting for an explanation, we turn the page to then follow the unnamed, pregnant female narrator as she is sexually assaulted by a strange man near her home in London. Once she and her husband are assured that the baby is in proper health by her midwife, she leads on that she too is fine, however not very convincingly.

A few years pass and having no desire to stay in London because of her attack, she beings to fantasize about a new life anywhere else. She quickly finds a job a few hours outside of London, which she immediately feels unqualified for, tutoring a group of MA students Creative Writing in a Northern University. Suggesting for her husband to leave his teaching job, the timing doesn’t feel right and he decides to stay back while she takes their toddler and pursues her career up north.

Now living in a rural cottage, she slowly becomes acquainted with her neighbors and the landscape. One morning she lifts Sammy up to look outside the kitchen window, as he is 3 and not tall enough, to look at the rolling slopes in their backyard but he says something unnerving. Sammy mentions seeing a man standing beyond the trees in the dusk watching them. Obviously startled, her eyes begin to immediately scan for anyone suspicious but she sees nothing. She accepts that because he is young, his eyes may have just been playing tricks on him and lets it go. But shortly after she runs into one of her neighbors, who strongly suggests that she get a dog for comfort and protection. Again, she takes the suggestion with a grain of salt and doesn’t second guess it.

Beginning her first day, she learns one of her fellow writing professors is on research leave while the other is off sick with stress. Already underestimating her experience to tutor MA students, she now finds herself as the whole creative writing department at the University. Having to make due of an undesirable situation, she carries on tutoring her students, attending induction sessions, and working all night in order not to fall behind. Clearly, this is not at all the way she was expecting her new life to pan out.

As a reader, there are several signs that something doesn’t add up. There are to many coincidental warnings that show something bad is going to happen, but neither she nor we know what exactly.

As the creative writing course develop’s we learn that the students all come from various backgrounds, one a misogynist lawyer writing who has an interest in criminal fiction; a young woman writing loosely based on past experiences; and posh boy who writes brilliantly about the truth but seems to get under everyone’s skin. The students cast doubts about the lack of experience of their tutor and whether she is able to understand them the way they want her to. The dynamics of the students and their creative pieces becomes a dangerous dance between reality, fiction, curiosity and fear.

What is true and what is legitimately fictional? This is the challenge and it’s up to you to find out.

Uncategorised
“Less” Makes a Strong Case for Running Away From Your Problems (Book Club Pick)
February 26, 2019
by Hilary Bryce
by