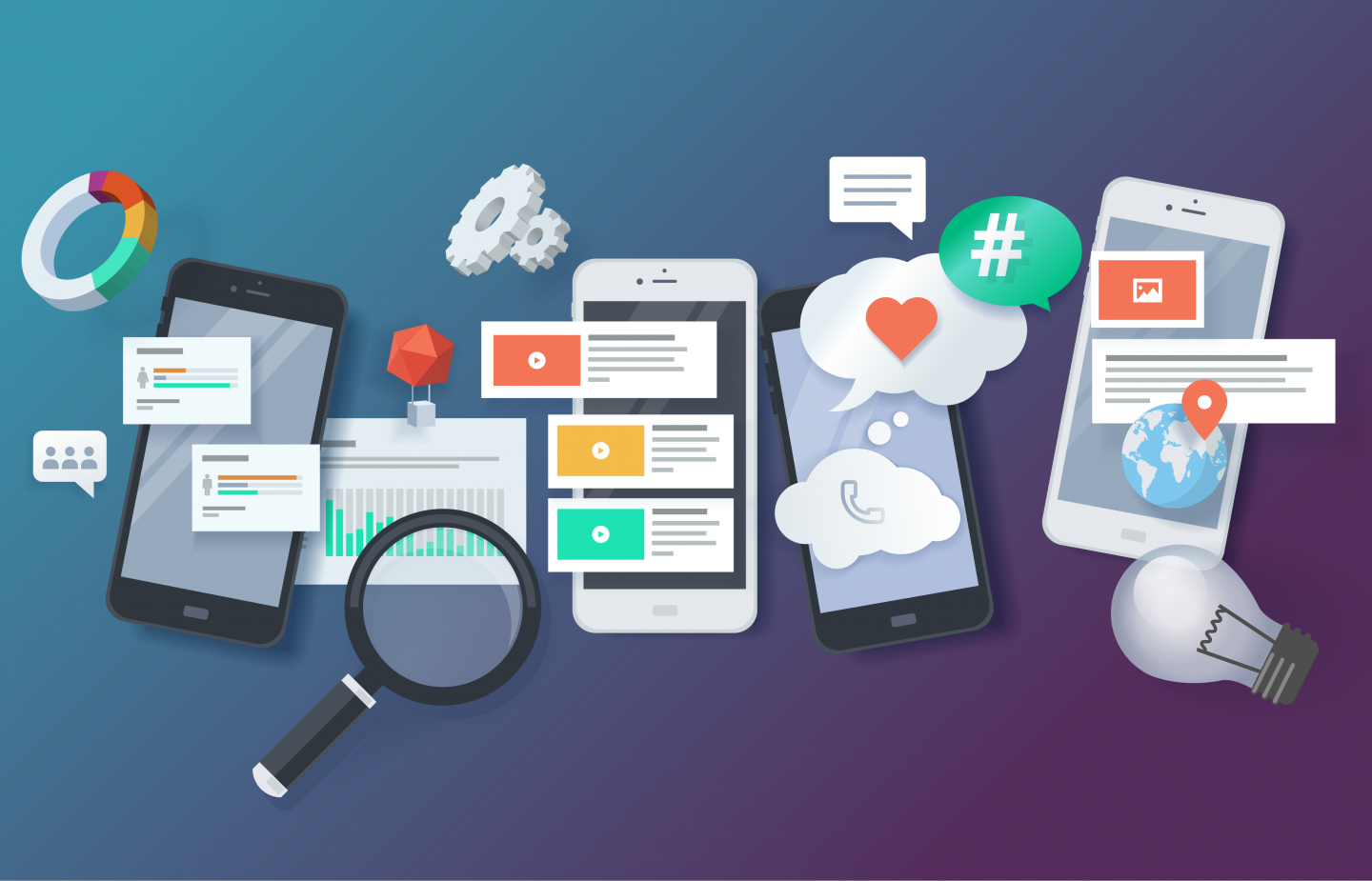 People often ask us what methods they should be using to promote their content. And since paid promotion is more important than ever, it’s crucial that your team is using the best tools available.

Native ad networks provide digital marketers with a way to scale content promotion through widgets and native ad units that appear across the internet. You’ve probably seen their content at the bottom of articles, appearing in a “stories you might like” frame. In recent years, native ad networks (and other paid promotion avenues) have risen in popularity because organic traffic is increasingly difficult to obtain. If you want to get eyeballs on your content, you need to pay for it.

And while they do succeed in sending traffic to a site, native ad networks face one major challenge: quality.

In order to provide advertisers with an increasing amount of scale and inventory, many native networks have had to expand beyond premium sites. As a result, quality of traffic has naturally given way in favor of quantity.

That can be extremely valuable for traditional advertising tactics; banners communicate a message almost instantly, so it doesn’t matter if a user spends 0.5 seconds or 50 seconds looking at it. But content is different. It requires audiences to engage with it to be effective. That connection is incredibly powerful: branded content leads to 59% greater recall than other digital ads, so it’s important to ensure the people who click on your ad intend to read and take in your content.

Now to be fair, not all native ad networks are the same. Some have built-in quality control measures, like minimum time spent, to ensure the audience they reach is qualified, human traffic. Still, we’ve never seen the quality of results from native that we see from Facebook.

As a marketing technology company, we’ve seen millions of dollars spent on content promotion across a wide range of verticals and sites. Anecdotally, we’ve always seen better performance from Facebook, both from an engagement and conversion perspective. Other promotion tactics like Outbrain and Taboola haven’t been able to compete. That said, we wanted to have the hard facts to back up what we and our clients have been saying for years.

Since we’re a team of content experts and data scientists, we did what we do best: looked to the data for answers.

For this study, we wanted to know how two traffic sources — Facebook Newsfeed and native ad networks — compare when it comes to engagement and converting customers from the article page to the client’s website.

We used data from over 1 million unique reads tracked using Pressboard’s platform and promoted through either Facebook or native ad networks from April 2018 through April 2019. We analyzed engagement metrics including Average Attention Seconds (time spent), Average Scroll Depth (percentage scrolled down the page) and Click-Through Rate (on links in the article) to determine which traffic source delivered the most engaged audience. 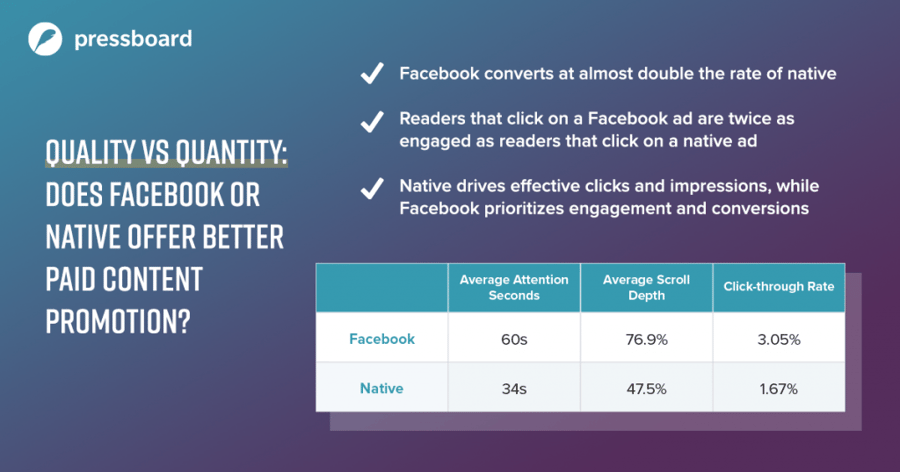 In comparing the data between Facebook and native ad networks, we identified two key findings that support our hypothesis:

When it comes to both Average Attention Seconds and Average Scroll Depth, Facebook significantly outperforms native. Readers spend twice as much time actively engaged with the content and scroll through 19.4% more of the page on average.

More Americans use Facebook as a news source than any other social platform, so it could be that these users come to the site to consume content, and are therefore prepared to spend more time with sponsored content.

Not only does Facebook reach more engaged readers, it converts them more effectively, too. We measured the percentage of readers who clicked on links in the article that lead to the sponsor’s page. Facebook converts at almost 2x the rate of native, making it an impressive method for both reaching the right audience and moving them down the funnel.

What Platform Should You Use to Promote Your Content?

If you want to reach a highly engaged audience that’s likely to click through from an article to your page, Facebook is the clear winner. Our research indicates that readers are spending an entire minute engaging with content when they reach it from a Facebook ad. That’s almost two times higher than traffic coming from a native ad network and 37x higher than the average 1.6 seconds they spend with a banner ad. They also convert at almost two times the rate of what we’d expect from a reader that clicked on a native ad.

What we haven’t touched on yet is cost. There’s a common misconception that Facebook traffic is more expensive than native ad networks. This may be true for clicks and impressions, but it doesn’t hold when it comes to reads and engagement. For example, in a recent campaign with a financial client, each read that came through Facebook cost $0.34. In comparison, reads earned through native ad networks cost $0.59. The explanation is that fewer clicks from native ads actually reach the content you’re trying to promote, due to the fact that they come from unqualified or (more likely) bot traffic. On Facebook, the audience is more qualified and likely to reach your content.

We know that paying to promote your content is essential for today’s digital marketer. The next step is choosing the right platform to achieve your campaign goals. If you value quality versus quantity when it comes to your content, the data shows that Facebook is by far your best option.

The data in this study was compiled from data in the Pressboard platform, which uses a proprietary script to track user behavior such as scrolling position, screen type, clicks and the relative position of sponsorship assets such as they appear on a page. Pressboard stores information about how a reader engages with the sponsored content, which gives us statistics like Average Reading Time (how long a reader spent with an article) and Scroll Depth (how far they scrolled down the page). We used these statistics when analyzing audience engagement levels from different traffic sources and types.

Listen to the marketing industry chatter these days and you’ll notice that the hottest topic of conversation is ad blocking, and up..

As part of our Ask the Experts series, we learn from the world’s leaders in content marketing on how to create epic content. In this Q &..

Native Advertising Advice from the Co-Founder of StackAdapt