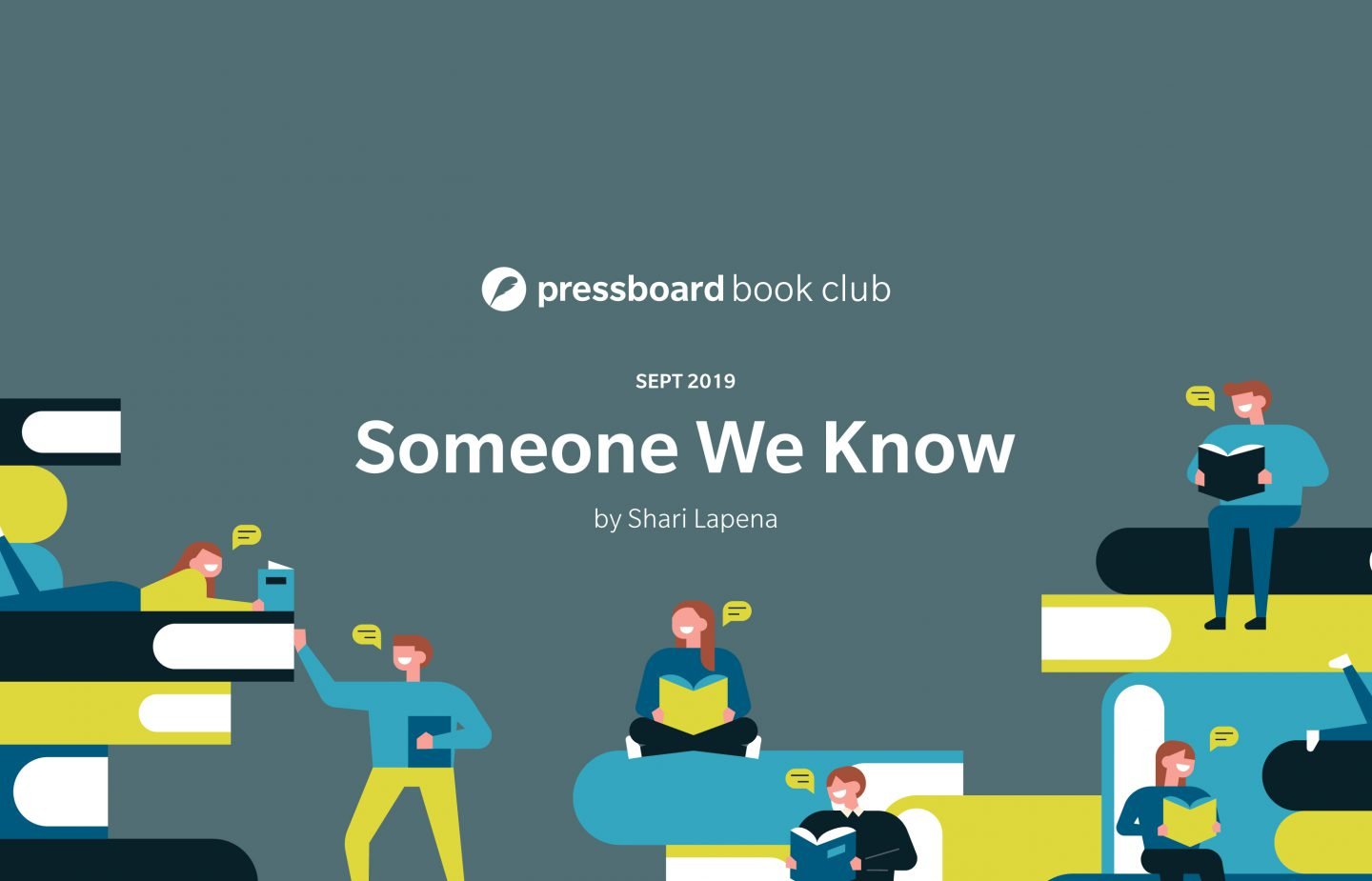 This passion for storytelling is what originally inspired us to design a platform that allows brands and publishers to connect and craft outstanding content together; now, it’s the driving force behind our book club, which delivers our favorite reads — fiction, non-fiction and everything in between — to your inbox every month. Our book review this month features Someone We Know by Shari Lapena.

If you’ve ever read a typical whodunit novel you may be familiar was Lapena’s work. Her novel The Couple Next Door crowned her a international best selling author which lead to a string of works including A Stranger in the House, An Unwanted Guest, and Someone We Know. Through-out the course of her career, I’ve glided through her words, becoming an avid fan. Plus I’m always proud to support another Canadian. 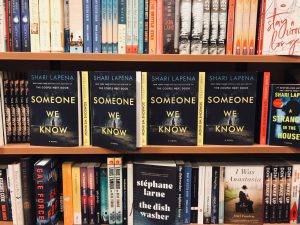 Shari Lapena’s Someone We Know is a refreshingly smooth, eerie mystery that has readers developing their own leads surrounding the gruesome murder of Amanda Pierce, who on the surface appeared to be your average suburban housewife. However, if society has taught people anything, it’s that things are never as simple as they seem. The novel follows intertwining relationships between characters whom all live in the same neighborhood. Readers are exposed to family dynamics, investigations, scandals, cover ups, and many, many secrets.

The novel centers around two families, the Sharpes and the Pierces. Olivia and Paul Sharpe live a few houses down from the Pierces with their son Raleigh. The Pierces, Robert and Amanda, are the newest and youngest couple to move into the neighborhood. When Amanda doesn’t return home after telling her husband she’s staying with a friend for the weekend, her body is uncovered in the trunk of an abandoned car in the river near the Catskills. However, when Raleigh admits breaking into the Pierces home before Amanda  was reported missing, Olivia and Paul try to do their best to keep Raleigh’s name in the clear. I don’t think anyone could have predicted what was to come next.

Lapena presents this centralized theme of “suburban paranoia” and fearing the company you keep, which is tested in even the strongest of character relationships. Which living in the suburbs myself, sparked a fear very close to home (literally). Though I have always tried to get to know my neighbors, my own relationships stay on a surface level. Cordial small talk about the weather or upcoming plans is the easiest, but I’ve never crossed the line or asked for too many details. When you don’t have much insight on a person’s behavior, it’s difficult to tell whether they’re equally interested in you. Therefore, without asking for too much information I create an image in my head of what I think my neighbors are like solely based off minor characteristics, which Lapena proves is a foolish inclination.

On the other hand, you can also invest the time to get to know your neighbors. Invite them over for coffee, share your opinions, and even dive into memories of the past. Yet, it’s important to be open when meeting someone for the first time — which can be challenging. It’s the start to building the foundation of a relationship that could be. But you mustn’t be ignorant, because it’s simple for people to share only pieces of the puzzle, without sharing the whole picture.

As the detectives slowly unwind the homicide, readers being to understand the many sides of the characters. But how easily do you believe everything you’re told without questioning more details? When do you question the truth? In this nestled neighborhood of Ayelsford, New York, the less you know about your neighbours, the better.

In sum, this investigation is no block party and though it’s fictitious the plot seems frighteningly realistic.

What is clear is no matter how well you think you know someone; you shouldn’t be so naive to trust just anyone. In the case of Amanda Pierce, not your husband, your lovers, your friends and certainly not your neighbors because you never know how far someone is willing to go to hide the truth.

“Altered Carbon” Considers What it Means to be Human (Book Club Pick)
March 29, 2019
by Aisley Komatsu
by