With traditional advertising revenues declining, native advertising and sponsored content have become commonplace, but not all publishers do an equal job of distinguishing the paid content from not.

According to a 2015 survey by the Association of National Advertisers (ANA) nearly two-thirds of marketers increased their native ad budgets for 2016, however 27% of respondents also cited transparency as a concern.

Clarifying the line between sponsored and non-sponsored content has also become a concern for government agencies and standards bureaus.. The Federal Trade Commission recently published Native Advertising Guidelines to help define best practices for the publishing industry, and to better explain the legally binding rules laid out in the Commission Enforcement Policy Statement of Deceptively Formatted Advertisements. 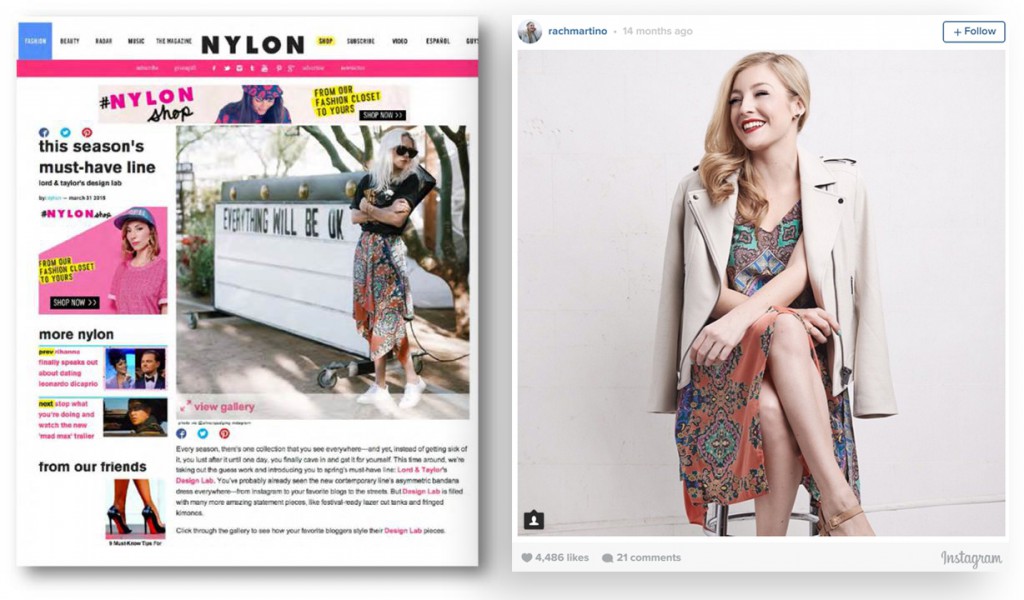 In the guidance, the FTC makes clear that the format and presentation of an advertisement is as important as the content itself when determining whether an ad is being deceptive. The suggestions don’t just apply to advertisers either. As the FTC notes at the end of the guidance, the organization takes action against advertisers, ad agencies and affiliate advertising networks for helping to create deceptive content. The FTC brought its regulatory hammer down on fashion brand Lord & Taylor, settling charges it brought against the company for deceiving customers in the first enforcement action under the guidelines. Here’s how to avoid finding yourself in the FTC’s crosshairs.

While there are many names for it, what’s clear is that any form of sponsored or paid content needs to be identified as such. As explained by the FTC’s guidance, “advertisements or promotional messages are deceptive if they convey to consumers expressly or by implication that they’re independent, impartial, or from a source other than the sponsoring advertiser – in other words, that they’re something other than ads.”

How to Avoid Breaking the Law

The guidance continues by explaining how such deceptions are illegal, even if the consumer later finds out the truth. While there are many specifics in the Enforcement Policy Statement the FTC notes that it essentially boils down to three elements: transparency, the likelihood of consumers mistaking advertisements for non-sponsored content and the clarity and prominence of the disclosure.

The rules prescribed by the FTC are by no means limited to content posted online, though 85% of sponsored content is distributed through online publishers, according to the ANA survey. Product integrations in entertainment programming and video games need to be identified in some cases as well.

Disclosure is unnecessary when products are integrated into entertainment content and video games as props, so long as there are no claims made about that product. For example, if an advertiser paid a video game developer to make the game’s main character drink a certain beverage brand, no disclosure is necessary. If the character achieves super-human abilities as a result of enjoying that particular beverage brand, however, than the content needs to be clearly marked as sponsored.

While there are many specific rules and regulations outlined by the FTC on proper disclosure practices, it often comes down to common sense. Before posting a native advertisement ask yourself if a reasonable person would be aware that this is an ad, and if not be sure to include a disclosure of some kind.

The FTC more specifically recommends a notification in clear, unambiguous language on or near the native ad itself in a font, colour shade and position that is easy to identify, read and understand. 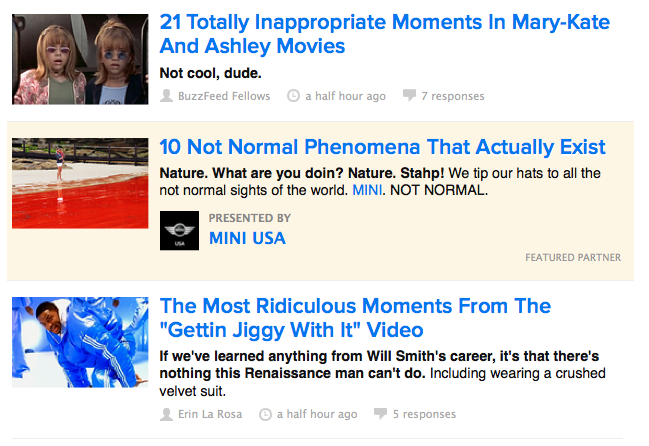 Notifications should be placed near the ad’s focal point, near the headline or anywhere that the reader can identify a link or story as native advertising before reading, viewing, listening or clicking on that piece of content.

For certain formats, like video, written descriptions are often ignored, thus disclosures should instead be placed directly on the thumbnail image in order to be most effective, recommends the FTC. These disclosures should also be placed somewhere where they will still appear prominently if that piece of content is shared via social media or found in a search engine.

Don’t Try To Fool the FTC

The FTC knows that the advertising industry is comprised of experts who spend their days ensuring their brands’ messages are received. Tricks like background shading, ambiguous language, not using a prominent border or using a lower volume in auditory media will stand out as red flags.

For example, audiences are generally clear on the meaning of the word “advertisement,” however, words like “promoted” can be ambiguous, warns the FTC guidance. Furthermore, using phrases like “Brought to you by brand x” makes the brand’s connection to the content itself ambiguous. The FTC explains that language should be clear and consistent, leaving no doubts to consumers about the nature of the sponsorship.

How Pressboard sponsored posts are identified

At Pressboard, transparency is a core company value and therefore a mandatory requirement of every single article that is created and published through our marketplace. In fact, our platform technology ensures that every article clearly discloses the advertiser involved and is labeled according to industry best practices. The stories that are created through our marketplace are intended to be entertaining, engaging and interesting for readers and brands are proud to show their involvement in their creation.

For more details on how sponsored posts are identified at Pressboard, here’s the scoop.

Studios
How Sponsored Posts are Identified at Pressboard

Native advertising continues to grow and is now being leveraged by both brands and publishers across the globe. In this nascent space..

“Native advertising,” a term first coined by Fred Wilson at the Online Media, Marketing, and Advertising Conference in 2011, is popular..