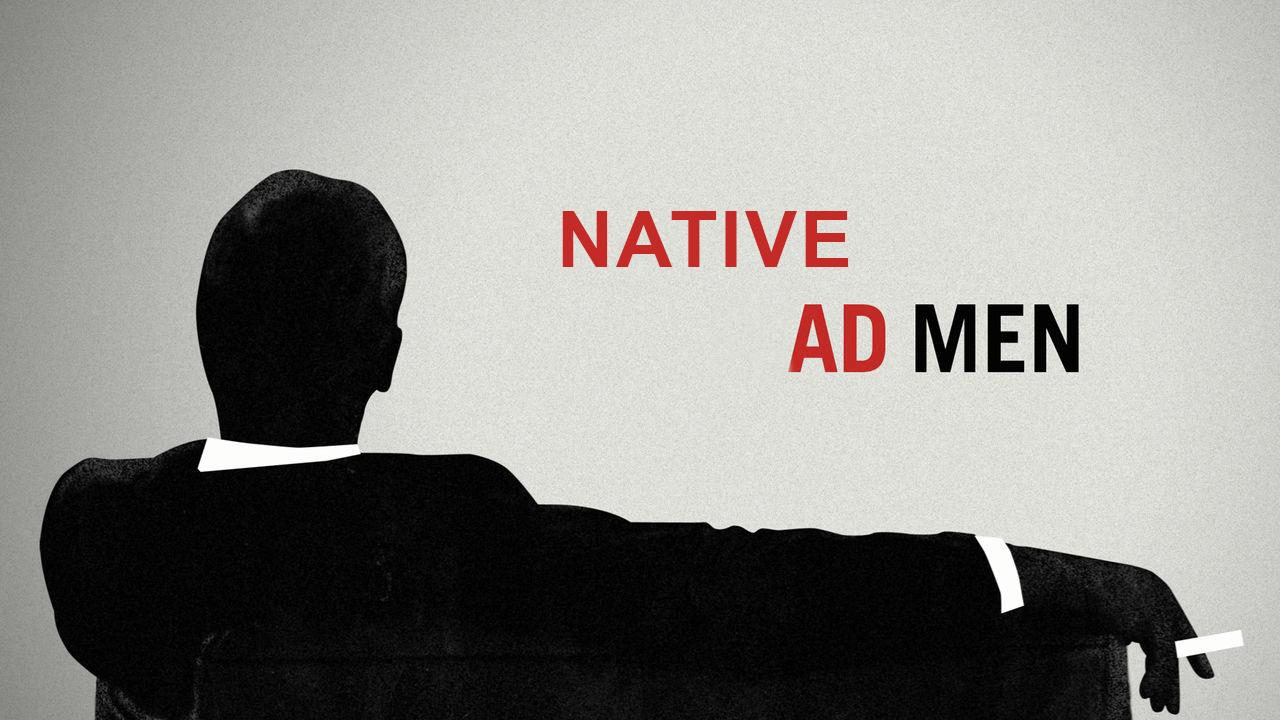 “Native advertising,” a term first coined by Fred Wilson at the Online Media, Marketing, and Advertising Conference in 2011, is popular among 21st-century publishers and brand strategists. Businesses use native advertising to create content that help them build connections with their potential customers. Used as a main device for businesses to communicate their brands to customers through websites like BuzzFeed, many people assume that native advertising is a modern-day creation. In fact, the history of America’s native advertising dates back to as early as the late 19th century, when John Deere published his magazine “The Furrow” to promote his products to farmers.

Advertising has developed over time to respond to changing business trends and demands. In America, the first newspaper advertisement was about a Long Island estate in the 1704 Boston News-Letter. Most advertisements during the colonial-era were announcements about goods on sale with a few catchy phrases like “very good ground coffee, for eight shillings a pound.” but lacking in detail about price or brand. A new phase of advertising emerged in 1729 when Benjamin Franklin’s Pennsylvania Gazette introduced a page dedicated to advertisements. Franklin revolutionized advertising style by inserting simple illustrations to accompany the advertisement headlines.

By the early 19th century, advertisements had become a part of American newspapers. In 1843, Volney Palmer, a small business owner in Philadelphia, founded America’s first advertising agency. Palmer used a systematic method in which his agency organized clients into appropriate publications depending on the target audience and market. Palmer’s expertise and understanding of the advertising business were unparalleled during this period that it was a matter of time until his agency gained nationwide popularity. By 1850, Palmer had opened additional branches in Boston, New York, and Baltimore.

The Birth of Native Advertising

Despite the emergence of professional advertising agencies, American advertisers in the mid-18th and early 19th century did not demonstrate visible changes in advertising styles. Newspaper advertisements remained a one-column piece with minimal illustrations. Magazine advertisements likewise were mostly segregated on the magazines’ back pages. Only a few companies utilized branded advertising to promote their products until tides turned in the late-19th century. Starting in the 1880s, American companies began to manufacture standardized products such as soap, canned products, and cigarettes, and sought to attract buyers through a national advertising campaign. Businesses began to implement new advertising styles, among which included the birth of “native advertising” by John Deere, a publisher of an agricultural magazine The Furrow. Containing articles on agriculture and farming tips targeted at 17 different regions, the magazine’s key feature also included Deere’s advertisements of his agricultural products. The Furrow’s native advertising proved to be a huge success. Publishing its first issue in 1895, the magazine experienced a quick rise in its popularity, reaching more than 4 million readers by 1912. The magazine still exists to this day and has since added a digital version.

In the 20th century, native advertising started to take on different formats. The rise of radio and TV industry in the 1920s and 1930s were a major contributor to the growth of native advertising. On radio, businesses often funded radio programs to sustain their advertisement spots. “The Eveready Hour” was America’s first commercially sponsored radio program on WEAF Radio in New York. Premiering in 1923, the program was sponsored by the National Carbon Company and promoted the company’s Eveready Batteries in addition to broadcasting its variety entertainment. With the mass production of televisions, more businesses began to advertise their goods to target audiences. America’s multinational consumer goods company P&G was among the first sponsors of branded TV drama series, hence came the term, “soap operas.”

Native Advertising in the 21st Century

With the emergence of the Internet, the 21st century now provides an ideal environment for native advertising. Modern-day native advertising is no longer constrained to radios or TV programs. The rise of search engine companies like Google, Yahoo and AOL have prompted businesses to promote their services through search ads that automatically help them connect with target customers. The most recent websites to employ native advertising would be digital media giants like BuzzFeed, Mashable and Forbes. BuzzFeed allows their brand partners to customize what goes into their articles. “11 Reasons Why The Year 2000 Was The Best” well illustrates BuzzFeed’s native advertising strategy, in which readers can vote on Tic Tac’s next flavor at the end of the article. Apart from the phrase “Grab a Tic Tac and enjoy!” and the publisher label below the headline, little difference is to be found between the sponsored article and BuzzFeed’s regular posts.

BuzzFeed announced back in 2012 that it would run 500 to 600 branded content pieces on its website, and it has only grwown since then. The popularity of native advertising is still on it’s way to reaching its peak. With traditional publications like The New York Times also creating native ads as part of their offering, it is expected that native advertising will soon become as mainstream as the TV ad. Whether a brand is seeking to promote its service or increase its online presence, businesses will continue to find that going “native” will be a key to their advertising success.

How Sponsored Posts are Identified at Pressboard

Native advertising continues to grow and is now being leveraged by both brands and publishers across the globe. In this nascent space..