Mark Zuckerberg recently announced that Facebook is making a major change to the way it surfaces posts in its ubiquitous news feed. In a nostalgic return to its roots, Facebook will refocus its efforts on bringing friends and family closer together through the sharing of personal updates, photos and videos. With this prioritization of personal content, something else had to give, and Facebook made it very clear that this change will deprioritize the posts shared by brands and media publishers.

Companies make announcements every day, and for the most part they don’t have far reaching effects. But when your app is used by 2 billion people every month, 5 million advertisers, and is the primary place where 45% of US adults get their news, changes like this can upend entire industries.

Facebook will be prioritizing posts from family and friends first and the posts with the most comments and shares will rise to the top. This is anecdotal data, but nothing gets more engagement than a picture of a baby in a dog’s outfit. Or vice-versa for that matter.

Facebook makes changes with their users in mind, and always has. They eschewed banner ads well before that was the cool thing to do, and when they went to mobile, they didn’t introduce ads until well after a significant portion of their audience was using their apps. Zuckerberg understands that without engaged users, Facebook has nothing. He is a multi-billionaire with voting control of Facebook, he literally has no one to answer to, except his users. After years of unprecedented global domination, he understands that his creation can have far reaching effects into our elections, our mood, and even our quality of life. 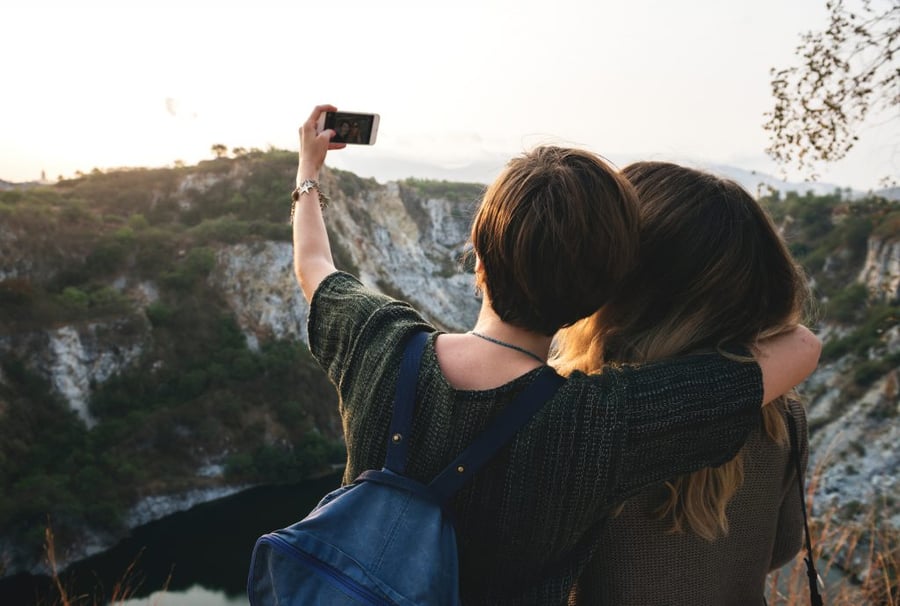 The sponsored articles and videos that brands have been buying from media publishers aren’t going away. This content always entered the news feed through paid means and this remains unchanged. In fact, with premium banner ad inventory disappearing (see more about this under “losers”), branded content has become the primary way to associate your brand with influential and credible media properties. Facebook may have taken away free reach, but if you have a budget, they are welcoming you with open arms.

The best social platform for discourse on Facebook’s announcement might also be one of the biggest winners from that change being discussed. Twitter is now the primary hub for news. Expect to see media companies shift their focus from Facebook to Twitter in the coming months, following the lead Bloomberg has already taken with initiatives such as TicToc.

For the first time in a very long time, big news publishers such as Wall Street Journal, New York Times, Globe and Mail and The Guardian are in a pretty good spot (comparatively speaking). With diversified distribution, loyal audiences and paying subscribers they will see a smaller immediate impact than publishers that are entirely reliant on the news feed. Zuckerberg’s follow up announcement about how the Facebook users will be surveyed to find out which news publishers they deem credible will mean that the publishers with the strongest brand recall will win. Most people can only name 3 or 4 websites that they trust and they tend to be the same ones that have spent decades building up their brand. If they can weather the storm, history will make these publisher’s social shortcomings look genius, in retrospect.

Sites such as Buzzfeed, Upworthy and NowThis were born in the Facebook era. They built their businesses, raised venture capital and attracted advertisers entirely on their uncanny ability to understand Facebook in a way that traditional media publishers couldn’t, boasting massive amounts of engagement on the platform. Those that live by the sword, die by the sword, and this cut is going to be deep.

When your audience is nearly a third of the world’s population, you’re going to upset a few of them with every change you make. For users that go to Facebook to find out what’s going on in the world, Facebook has clearly said that they just aren’t that into you. Users that came to Facebook for news will shift over to Twitter and other platforms for the content they’re looking for.

Facebook, and social media in general, spawned a cottage industry of social media agencies, community managers and self-professed social guru’s, hired to build up a brand’s following and keep them engaged. That strategy doesn’t play anymore. There is only one sure fire way for a brand or a media publisher to get their stories in front of a Facebook user. Pay.

An interesting side effect of the news feed change will be a reduction in the supply of premium banner ad space for advertisers to purchase. While Facebook doesn’t have banner ads within their app or website, media publishers do. Here’s how it unfolds; publishers have been generating a huge percentage of their website pageviews from Facebook referrals and monetizing those pageviews through banner ads. People discover a link to an article on Facebook and then click through to visit the publisher’s website. Once the user has landed on the publisher’s website, they are exposed to several banner ads, with the publisher making a few cents each time. Without that incoming referral traffic, there will be significantly fewer pageviews and consequently far fewer banner ads. In an ad industry where already more than half of banner ads are being served to bots and where the actual humans are increasingly using adblockers, there will be very few banner ads left that are served to real humans.

The biggest winner of all:

Mark Zuckerberg is a highly intelligent person, one of the world’s foremost innovators and an astute business man. This decision was not taken lightly. By cleaning up the user experience, and improving how users feel when they use Facebook, they’re creating a highly engaged and increasingly happy audience, with more data on each user than anyone has ever seen before. Advertisers will continue to flock to that offering in droves, and without the option of organic reach, those same advertisers will increase their paid budgets, fighting each other over limited ad impressions and driving up costs. If you don’t like it, I guess you could move your budget over to Instagram, WhatsApp or Messenger. Oh wait, Zuckerberg owns those too.

Agree or disagree with these predictions? We’d love your input. Share your thoughts with us on Twitter @pressboard and @jerridgrimm

Things have never looked worse for the social media mogul or his company. Public faith in Facebook has dropped by 66% in..

The Secrets to Creating Facebook’s Most Shared Branded Videos

The head of brand partnerships at ATTN: shares expertise from creating some of the internet’s most shared branded videos.

If given the real-world choice between having a shouting match in the town square or having a private conversation in a living room,..