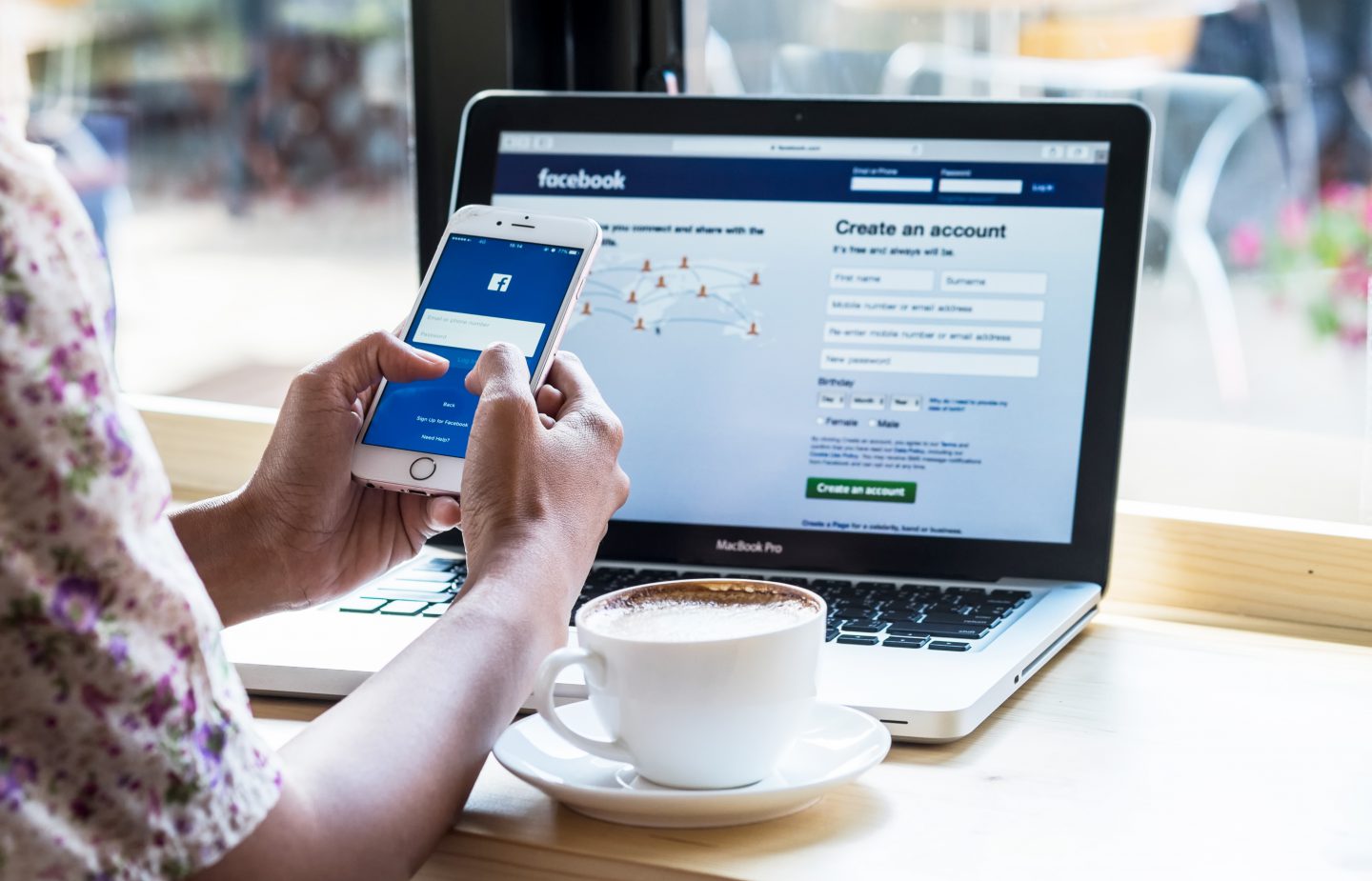 Things have never looked worse for the social media mogul or his company. Public faith in Facebook has dropped by 66% in the wake of scandals like Cambridge Analytica, not to mention that controversial testimony in front of U.S. Congress.

From a publishing perspective, it’s hard not to feel disenchanted with what was once an essential tool in the content marketer’s toolbox. In the wake of media backlash, more and more users — especially those 24 and under — were expected to leave the platform in 2018. This means a shrinking audience for publishers whose primary traffic comes from social. Additionally, the cost per click (CPC) to content on Facebook has increased by 103% year over year. This has resulted in publishers losing control of their amplification, meaning that their earnings are passed directly to Facebook.

It’s easy to resent a social media platform that’s seen as a potential revenue siphon. But Facebook can still be one of the most reliable and lucrative social media outlets out there, and there are plenty of good reasons to continue promoting your content on the website. Here are four big reasons why Facebook is still a worthy resource.

While Facebook’s organic traffic metrics have fallen by 50% in the past two years, it’s still one of the most valuable traffic drivers on the web. 68% of Americans get their news from social media, 43% of which is from Facebook. Additionally, since users come to Facebook to consume large amounts of content, they’re likely willing to spend a greater amount of time on the site — increasing the chances that your publication’s content will be seen. 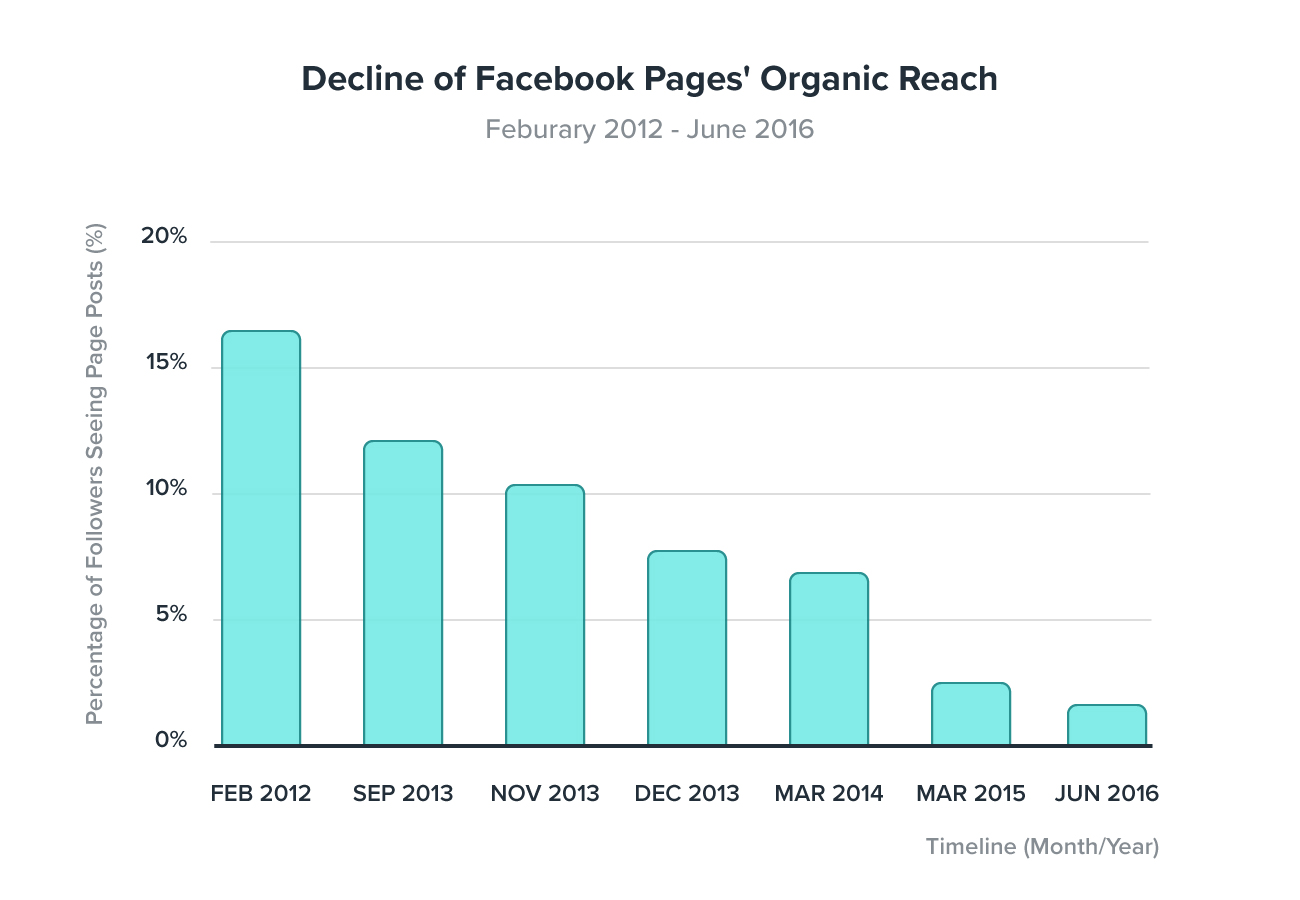 Pressboard’s data shows the decline of organic reach on Facebook, proving the importance of amplification.

Those who find sponsored content through Facebook spend 70.3 seconds engaging with it and will scroll 76.7% of the way down the page on average. Compare this to an active reading time of 53.1 seconds from other sources, and it’s clear that Facebook remains a great way to get more engaged eyes on your content. Though organic reach has plummeted, our data shows that there are still plenty of ways to get readers to click on your content.

To ensure that money is made on Facebook’s notoriously expensive platform, publishers can promote their content and charge for it based on a guaranteed engagement model. Business models like Cost Per Read (CPR) allow publishers to use amplification to be more profitable instead of selling content at a flat rate.

The CPR model is a valuable measurement tool, as it ensures a guaranteed number of engagements per post, earned either organically or through paid amplification on your social media handles. This gives your content creators the opportunity to tell the stories they want to with the promise of readership and revenue. It also makes branded content a less risky investment for advertisers, as it enables them to spend less time worrying how many people will read their content and more time building trust with their media partners.

Since Facebook currently boasts over 2 billion monthly users — more than a quarter of the global population — it goes without saying that there’s a lot of untapped potential in the site’s user base. Promoting campaigns on Facebook allows your publication to connect with this enormous audience.

While increasing loyalty from existing users is all well and good, the key to growing your audience is to connect with brand new followers — something that Facebook gives you ample avenues to do. 400 new Facebook users signed up every minute in 2017 and roughly one third of users regularly connect with brands while navigating the site.

But this ability to connect with new audiences comes at a price — one that’s often too high for many publications. In the fourth quarter of 2017, the average CPC for a Facebook ad in the United States was $1.10 — 13 cents greater than the average cost worldwide (though at Pressboard, we’ve found the average cost to be about $0.50 under the CPR model). Partnering with brands will help you avoid the high cost of promotion and connect you with new readers while appealing to your current audience. Brands will pay to boost your posts, which gives your publication the chance to do what it does best — create engaging content without the fuss of trying to promote to new readers. 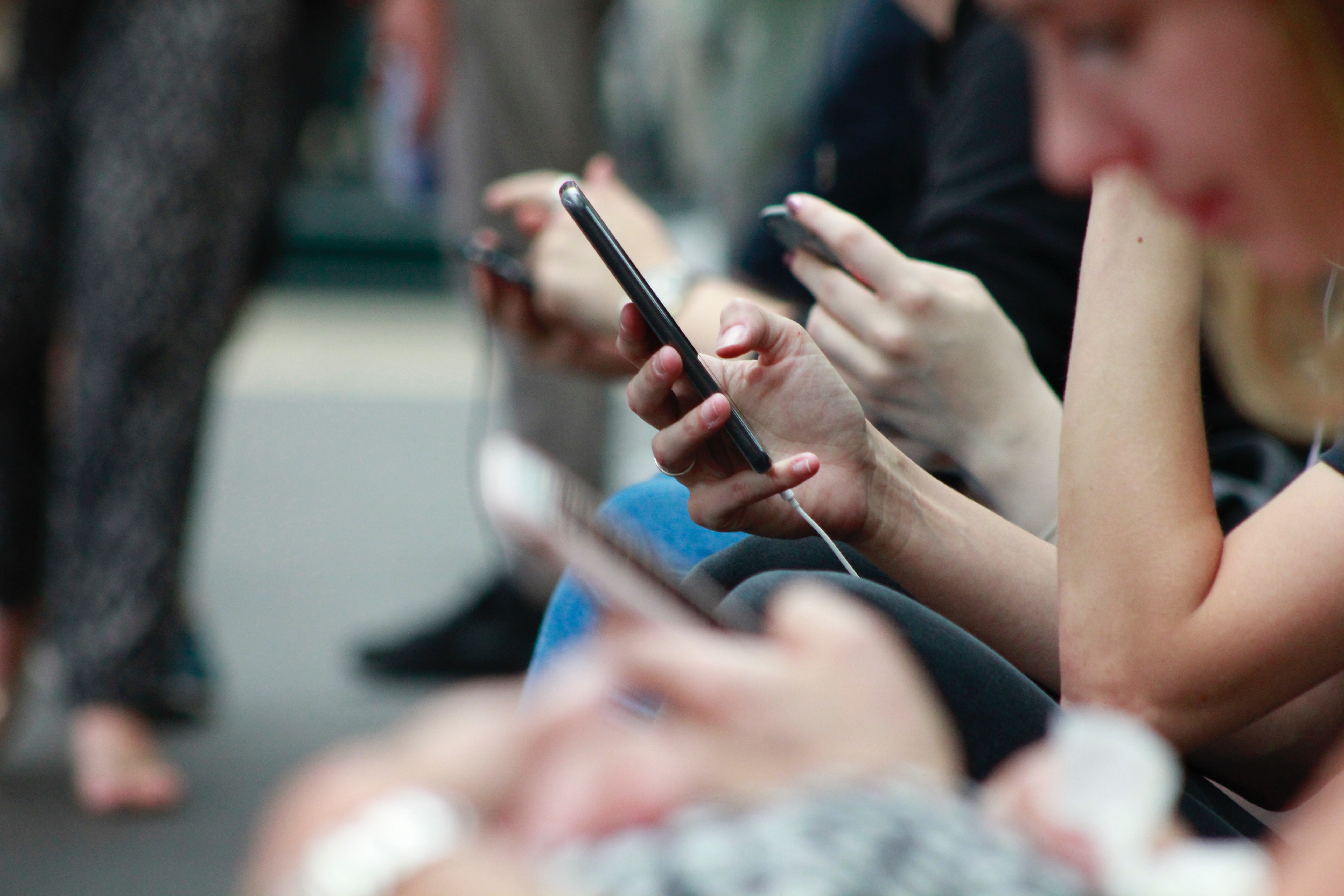 Another good reason to continue to use Facebook for advertising and engagement is the wealth of tools at your disposal. The platform offers a broad range of resources for publishers and advertisers alike. Audience Insights are only the tip of the iceberg. There’s the Creative Hub, which allows you to create mock ads and test their effectiveness. The Ads Manager and Ads Manager App give you all the tools you need to oversee your ads on both desktop and mobile, respectively. Their Advertiser Help blog is a crash course on all things advertising, with plenty of resources to set you up for success on the site. And that’s not to mention the many third-party tools out there, such as Qwaya, Hootsuite and Driftrock.

Publishers certainly can’t be blamed for not trusting Facebook — but that doesn’t mean you can’t take advantage of it. Facebook offers myriad ways to build your existing audience and entice new followers, and publishers are using the platform to significantly increase their profitability on content campaigns. If people are still using Facebook, there’s still opportunities to connect with audiences and build up your content. 80 million small- and medium sized businesses have pages on Facebook. Of these businesses, six million advertise on the platform — and six million people can’t be wrong, right?

We’re well into the era of sponsored content, with more and more brands recognizing that consumers find content more engaging than..

If given the real-world choice between having a shouting match in the town square or having a private conversation in a living room,..

Mark Zuckerberg recently announced that Facebook is making a major change to the way it surfaces posts in its ubiquitous news feed. In a..