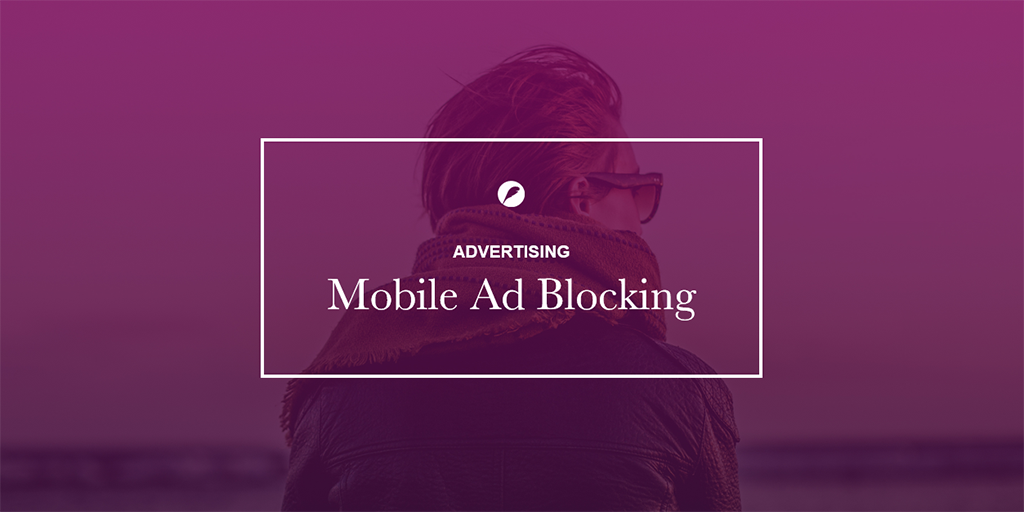 Listen to the marketing industry chatter these days and you’ll notice that the hottest topic of conversation is ad blocking, and up until recently that conversation has focused squarely on its effect on desktop browsing.

While desktop-based ad blockers have been a concern for marketers and publishers for years, the industry has recently begun to turn its attention to mobile ad blocking, which has the potential to be even more damaging as mobile takes over the web. Ad blocking methods may differ on mobile devices but the outcome is the same; reduced revenues and the threat of closure for publishers with ad-supported business models.

The Current State of Ad Blocking

Ad blocking has been a known issue for more than a decade but new reports suggest that the adoption among consumers is growing rapidly, both on desktop and mobile.

A 2015 study by PageFair found that 16% of all American and 20% of all Canadian Internet users were actively blocking ads on their desktop and laptop devices, a massive jump from the 10% that was recorded just two years prior.

Ad blockers proliferated so quickly on desktop devices in part because of how easy they were to install. In a matter of seconds users could simply download a browser extension such as AdBlockPlus and never view another desktop ad again. Ad blocking is fundamentally different on mobile given that content is increasingly accessed through native apps, rather than browsers.

While Apple and Android didn’t initially allow ad blocking apps on mobile, both operators softened and allowed them into their app stores in the fall of 2015. Users have also found other ways to block ads on their smartphones and tablets.

There are three primary ways in which mobile users block ads:

Similar to how desktop browser extensions block ads across all desktop websites, there are now third-party apps available for mobile download that block ads within apps and within browsers on a mobile device. The apps work by configuring device-wide VPN or an HTTP proxy so that ads are blocked across any app or any web browser that you use on your phone. 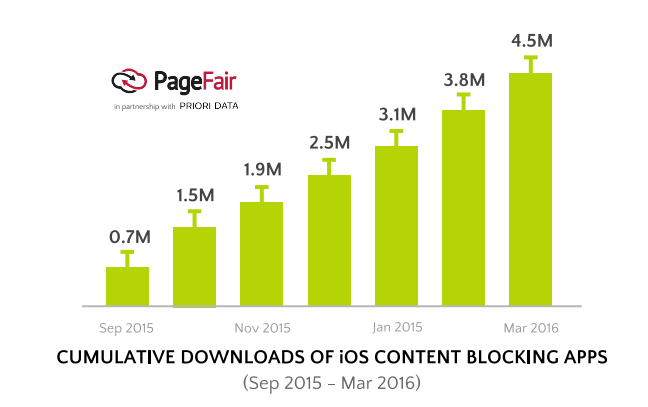 The second method is to install a completely new browser, one that automatically blocks ads before they are served. Companies like Brave have already begun releasing controversial ad-free mobile browsers to replace traditional ones like Chrome and Safari. Other browsers such as Firefox for Android and Opera Mini have added opt-in ad blocking functionality directly into their existing browsers. 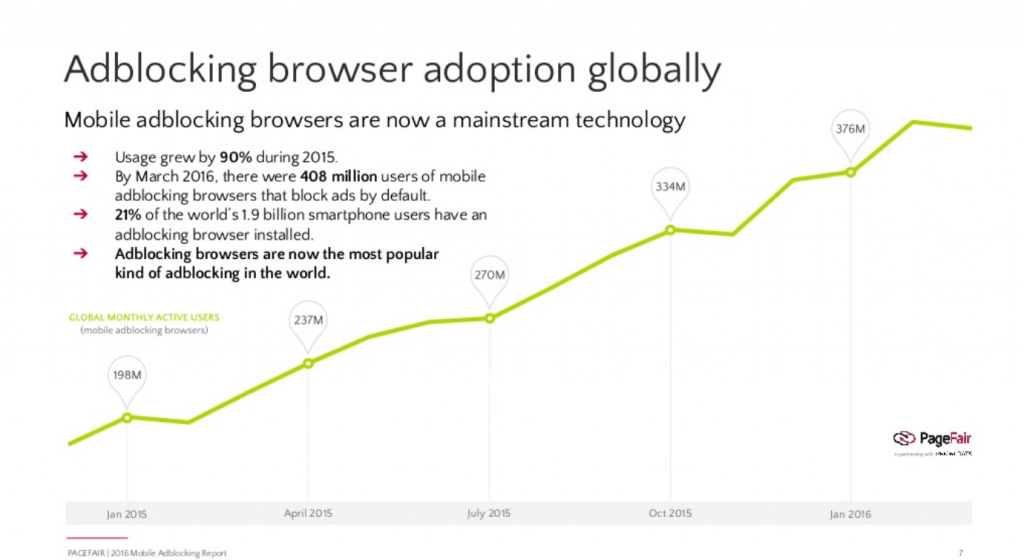 Social apps such as Facebook and Twitter are walled gardens and employ native ad models such as in feed sponsored stories and tweets, which are indistinguishable to ad blockers from regular social content. However, third party apps such as Friendly Social are able to separate the sponsored content from the regular content and therefore remove them from the users feed.

The victims of mobile ad blocking are the same as those that have been affected by desktop ad blocking; brands looking to advertise and the publishers aiming to sell banner ads, pre-roll videos and native ads to those advertisers. Ad tech vendors, including ad servers, data management and analytics companies are also at risk, since the scripts and ad tags they use to collect data are rendered useless by ad blocking software.

Who is not affected? 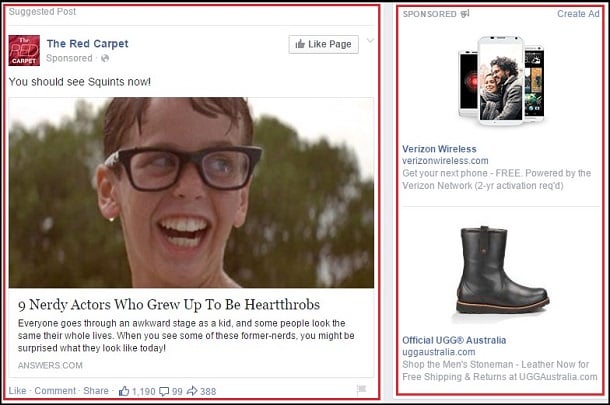 Custom branded content and other forms of sponsored content are also immune to the effects of ad blockers, provided that they appear natively in the publishers’ content management system, as is mandated for all stories created through Pressboard’s Story Marketplace.

Where is this all going?

PageFair’s recent Mobile Ad Blocking Report highlighted the stark differences between mobile users in Asia and those elsewhere around the world. The study found that of the world’s 408 million mobile ad blockers, 159 million were located in China, 122 million were browsing from India and another 38 million were based in Indonesia. By comparison, Europe and North America represent only 14 million combined monthly active users of mobile ad blocking browsers.

Will North American and European mobile users follow the same pattern seen in Asia, downloading ad-free browsers to replace their existing browsers? Will Chrome and Safari allow for opt-in ad blocking for their millions of users? If recent trends are any indication, user demand for ad blocking will continue to grow and technology companies will be there to accommodate their needs. We are witnessing The Open Web rapidly becoming The Blocked Web.

At the same time, mobile consumption is moving away from browser based content consumption accessed through browsers, and towards content accessed natively through apps such as Facebook, LinkedIn, Twitter, Instagram and Snapchat. These social behemoths have much more control over their user experiences and none of them allow display-style ads anyway, so the need for an ad blocker becomes a moot point.

People simply want to avoid interruptive ads and the data baggage that accompanies them. The growth of ad blocking usage is a very clear message to advertisers, ad tech companies and publishers. In the end, what the consumer wants is all that really matters and we should all act accordingly.

February 16, 2016
by Shawn Ragell
by
Notice: Undefined index: template in D:\home\site\wwwroot\wp-content\plugins\click-to-tweet\includes\ctt-shortcode.php on line 153

Blocking the Ad Blockers: How Media Publishers are Reacting

There is no doubt that ad blocking use is growing at a rapid rate, and with it the debate over the ethics and appropriate response from..

Native Advertising Advice from the Co-Founder of StackAdapt